What Is a DMARD?

A DMARD is a medication that slows down the progression of your disease. Other than glucocorticoids (steroids),  conventional synthetic DMARDs have been on the market the longest and have the most evidence to support their use.

DMARDs can be divided into different classifications:

The most commonly used DMARDs for autoimmune arthritis are those from the csDMARD family, especially methotrexate (Methoblastin®, Trexject®). This category is often simply referred to as “DMARDs” although it is really a sub-classification of the whole DMARD class of medications.

Conventional DMARDs are made from synthetic chemical compounds with small molecules. Their relatively simple compound structures can be perfectly replicated by generic brands. They are also small enough to be processed through the digestive system, so they can be taken in oral form.

Conventional synthetic DMARDs are immunosuppressive medications that do not target specific parts of the immune system. Instead, they have a dampening effect on it. In Australia, the csDMARDs available to treat rheumatoid arthritis are:

Other csDMARDs may be available for different conditions.

Methotrexate is considered the gold standard in terms of monotherapy treatment of autoimmune arthritis with a DMARD. It is generally the first choice of medication after diagnosis.

What do we already know about methotrexate?

Methotrexate works by blocking enzymes that help DNA (genetic material in the cells of your body) form or repair. This prevents some cells in your body from reproducing themselves. Experts believe that methotrexate also interacts with your immune system. Although it is not entirely clear how methotrexate works, it’s been proven to be effective in reducing swelling, pain and long-term damage to joints.

Methotrexate can be administered in several forms for autoimmune arthritis, usually on a weekly basis. Your rheumatologist may vary the dosage depending on the severity of your symptoms (up to the maximum recommended level for each form of administration).

It is available as a tablet, as a liquid that can be drawn and measured from vials and injected subcutaneously (just under the skin – like a flu shot) with a disposable syringe and as a pre-filled syringe (Trexject®) which can also be injected under the skin.

Some people have better results with subcutaneous injections as the medicine is absorbed directly into the bloodstream rather than passing through the digestive tract. Therefore it is often better tolerated by people who may have experienced an upset stomach when taking the tablet form.

What are the possible side effects of methotrexate?

It’s important to remember that most patients do not experience serious side effects, and for those who do have them, they may improve with time. Side effects are more likely to occur at higher doses and you should always consult your doctor if you think you’re experiencing any of these side effects.

Rare side effects include liver cirrhosis or scarring. This usually happens with patients who already have liver problems or are taking more medications that impact the liver. Lung problems also occur rarely, and typically only with patients who already have lung issues. Report any difficulty breathing or a cough that won’t go away to your doctor. Take these side effects very seriously.

People with liver disease may not be able to take methotrexate or require closer monitoring or lower dosing.

Increased skin sensitivity to the sun can also occur but may stop when the medication is stopped. Supplements like folic acid may help you manage these side effects. If regular folic acid doesn’t help, you may try another type called methylated folic acid. Talk to your doctor about getting methylated folic acid if you still get mouth ulcers, hair loss or just a “yucky feeling” from your methotrexate.

Do not plan to get pregnant while taking methotrexate. The Australian Rheumatology Association (ARA) recommends ceasing methotrexate one to three months before conception.

Certain antibiotics containing trimethoprim should not be taken with methotrexate.

Hydroxychloroquine (Plaquenil) is often used alone in mild autoimmune arthritis or in combination with other medications in people with more severe conditions.

What do we already know about hydroxychloroquine ?

Hydroxychloroquine (Plaquenil) is an antibiotic used to treat malaria, but it also works to treat symptoms of rheumatoid arthritis, lupus and other rheumatic diseases. Although it is not a pain killer as such, it can reduce your joint pain and swelling in the long term. It may also help prevent joint damage or lower your risk of joint disability. For this reason, it is classed as a csDMARD.

We don’t really know why this medication works to control autoimmune arthritis symptoms or complications. One theory is that hydroxychloroquine interferes with communications between the cells of your immune system.

Your hydroxychloroquine dose will be based on your weight. The current maximum recommended dose is 5 mg/kg/day.

What are the possible side effects of hydroxychloroquine?

Most people tolerate hydroxychloroquine well. Some side effects include nausea and diarrhoea, but they may lessen over time or if you take your tablets with food. Less common side effects are rashes, changes in your skin’s pigment (like dark spots), changes to your hair (like thinning) or muscle weakness.

Although rare, hydroxychloroquine use could lead to damage of the cells in the back of your eye that detect light and color. You’ll receive a specialized baseline eye exam when you start the medication. Later, you’ll follow up with your ophthalmologist as directed. The frequency of your eye tests may depend on your other medical conditions or if you have changes in your vision while taking hydroxychloroquine.

Hydroxychloroquine seems to be safe during pregnancy, but any time you are considering pregnancy (or if you have fallen pregnant) you should discuss all medications with your doctor.

Most vaccines can be given safely, but, once again, check this with your doctor.

Other rare side effects of hydroxychloroquine are:

Leflunomide (Arava) is used to treat some forms of moderate to severe autoimmune arthritis. It can lower joint damage and disability that these conditions can cause. It can also help ease your symptoms. It may be used alone or in combination with other DMARDs.

What do we already know about leflunomide?

The typical dose of leflunomide is one 20 mg tablet a day. Some people may take 10 mg a day, especially if the higher dose causes side effects. You should take your leflunomide with food.

Leflunomide can interfere with other medications, such as phenytoin (for epilepsy), warfarin (a blood thinning medicine) and tolbutamide (for diabetes). It is important to tell your doctor if you are taking other medications before commencing leflunomide.

While on leflunomide, you should not be given any “live” vaccines, such as those for measles, mumps and polio. Always check with your treating doctor before having any vaccines.

What are the possible side effects of leflunomide?

The most common side effect of leflunomide is diarrhoea. It often gets better over time. You can take antidiarrhoeal medicines to ease this side effect, or even lower your leflunomide dose.

Other side effects include nausea, indigestion, hair loss, mouth ulcers, easy bruising, stomach pain, liver toxicity or skin rashes. More rarely, this medication may lower your amount of blood cells or platelets or cause lung problems like a cough or shortness of breath.

One of the side effects of leflunomide, like methotrexate, is the potential for liver toxicity. So, you shouldn’t take certain medications while you take leflunomide and should avoid drinking alcohol. If you’ve had significant liver disease in the past, leflunomide may not be right for you.

As leflunomide suppresses your immune system, there is an increased risk of contracting some infections, especially the herpes zoster virus (chickenpox and shingles). Avoid contact with people who have contagious infections and contact your doctor if you show any signs of infection or fever.

While taking leflunomide, you must have regular blood tests to pick up any issues and make sure your liver function is healthy.

Leflunomide can be harmful to an unborn foetus. It can cause serious birth defects, so you should take extra precautions not to get pregnant while taking this medication. Because leflunomide can stay in your system anywhere from 10 weeks to two years, it is important to get a blood test to see if the medication is still in your blood before even trying to get pregnant.

Breastfeeding should be avoided as well unless leflunomide is completely out of your system. Men who take leflunomide should also use birth control to avoid getting their partner pregnant because of the birth defect risk.

If a woman wishes to conceive or a man wishes to father a child, in some situations, they may be able to take another medication to “washout” leflunomide from their system beforehand.

If an unplanned pregnancy occurs, cease leflunomide immediately and contact your rheumatologist to get expert advice on how to commence a “washout” treatment.

Sulphasalazine (also spelled sulfasalazine) is used to treat autoimmune arthritis symptoms like pain or swelling. Over time, it can help slow down the progression of your disease. It may be used alone or in combination with other DMARDs.

What do we already know about sulphasalazine?

We don’t know exactly why sulphasalazine eases symptoms like pain, swelling or joint stiffness. It may prevent joint damage and over the long term, loss of your joint function.

What are the possible side effects of sulphasalazine?

Most people have few side effects with sulphasalazine. The most common ones are nausea, upset  stomach and headache. Usually, this gets better over time. You can take a coated sulphasalazine tablet that may be easier to digest.

Rarer side effects include headache, skin rashes, itching, mouth sores or liver or lung problems. If you get a severe rash, tell your doctor.

Sulphasalazine may make your skin more sensitive to sunburn, so wear a high SPF sunblock lotion or avoid getting too much sun. Some people who take sulphasalazine have orange-coloured urine or perspiration (or even contact lenses). While this seems alarming, it’s actually harmless. It will go away when you stop taking this medication.

While taking sulphasalazine, you must have regular blood tests to monitor your liver function (especially if you are also on methotrexate and/or leflunomide) and to monitor the medicine’s effectiveness.

Should Australians With Chronic Health Conditions Wear Masks for COVID-19? 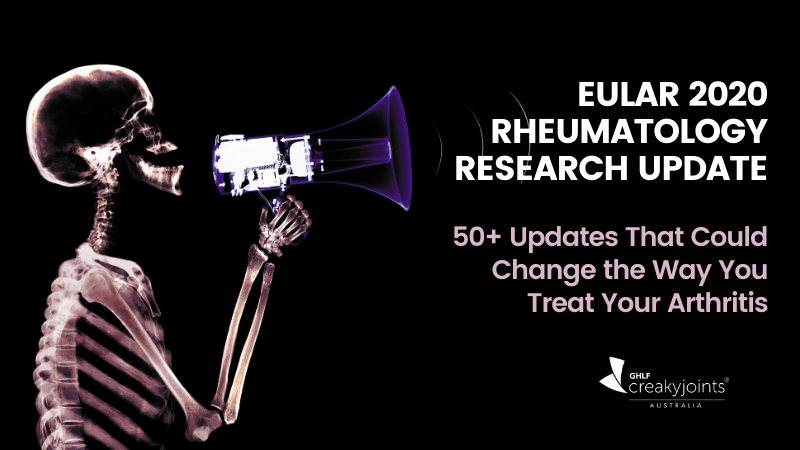 EULAR 2020: 50+ Updates That Could Change the Way You Treat Your Arthritis 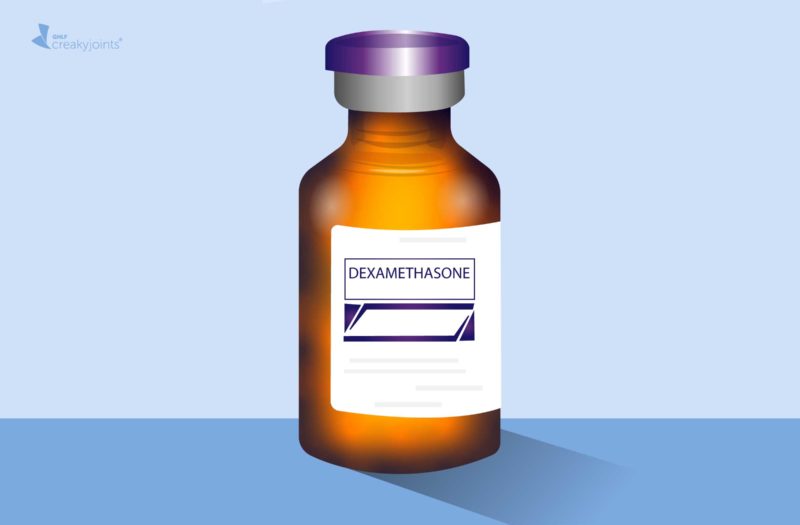 Dexamethasone May Increase COVID-19 Survival: What Arthritis Patients Should Know 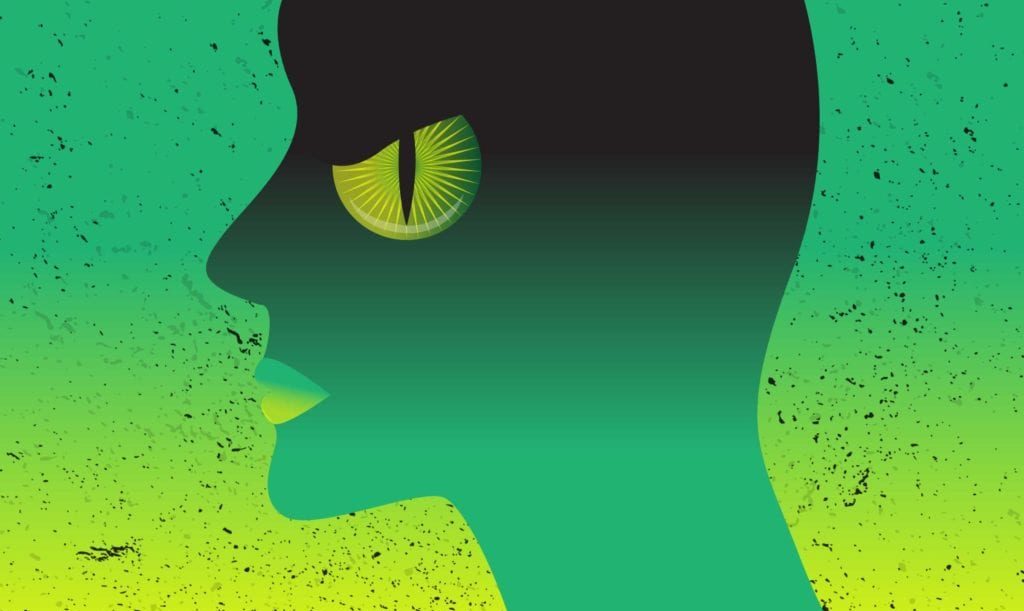 I Have a Bad Case of ‘Reopen Envy,’ A Chronic Illness Patient Confesses